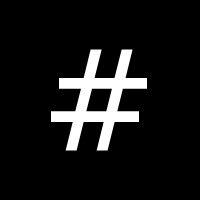 SSH, which is short for Secure Shell, is a network protocol used to connect to Linux and Unix servers over a network. Unlike Mac, Linux, and Unix, Windows does not include a native SSH client. If you plan on connecting to a Linux server from a Windows workstation, you’ll need to choose an SSH client.

This article provides a list of SSH clients divided into three groups.

Once you get connected, you’ll want to know how to get the most out of the command line. For that, download a free copy of my book Bash Command Line Pro Tips.

PuTTY is a free implementation of SSH for Windows and Unix platforms, along with an xterm terminal emulator. It is one of the most popular and widely used Windows SSH clients available. If you can’t decide which secure shell client to use, start with PuTTY.

MobaXterm is an enhanced terminal for Windows with an X11 server and a tabbed SSH client. It supports other network protocols including VNC, RDP, and telnet. There are plugins available to extend MobaXterm.

DameWare SSH Client for Windows has a tabbed interface that lets you manage multiple sessions from one console. Plus, it has the ability to save several sets of credentials and commonly used connections.

SmarTTY is a multi-tabbed SSH client with SCP support.

Cygwin is a collection of tools which provide a Linux look and feel environment for Windows. When you install it, be sure to select the OpenSSH packages from the net category. After installation you can use the ssh command line utility to initiate secure shell sessions.

Here is a list of some of the more popular software that is either based on PuTTY or provides additional functionality to it.

KiTTY is a fork of PuTTY which provides additional features like transparency and the ability to send the application to the tray.

PuTTY Tray is an improved version of PuTTY. It features some cosmetic changes and a number of addons to make it easier to use.

Superputty is a Windows GUI Application that allows the PuTTY SSH Client to be opened in Tabs.

MTPuTTY (Multi-Tabbed PuTTY) is a small free utility that enables you to wrap unlimited number of PuTTY applications in one tabbed GUI interface.

AutoPuTTY is a simple connection manager and launcher.

mRemoteNG is a remote connections manager that can be used with PuTTY to provided a tabbed environment.

SecureCRT is a terminal emulation application for computing professionals, raising productivity with advanced session management and a host of ways to save time and streamline repetitive tasks.

Private Shell is an easy-to-use SSH and SecureFTP client for Windows providing remote computer access with SSH1 and SSH2 protocols.

ZOC is a professional SSH/telnet client and terminal emulator.

Bitvise SSH Client (Tunnelier) claims to be one of the most advanced graphical SFTP clients and terminal emulators.

TeraTerm Pro is based on the open source TeraTerm product.

MobaXterm Professional is an enhanced terminal for Windows with an X11 server and a tabbed SSH client. It supports other network protocols including VNC, RDP, and telnet. There are plugins available to extend MobaXterm.

Xshell is a SSH1, SSH2, SFTP, telnet, rlogin and serial terminal emulator for the Windows platform.

If you want to receive free Linux and other open source software tips from Jason, all you have to do is enter your email below and click "sign me up!"
comments powered by Disqus